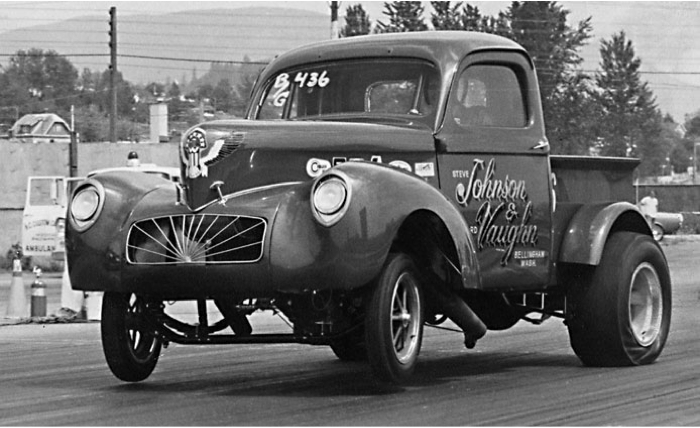 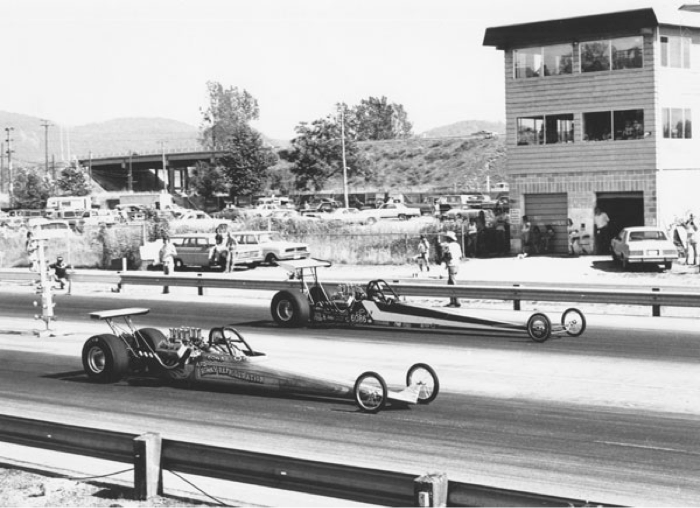 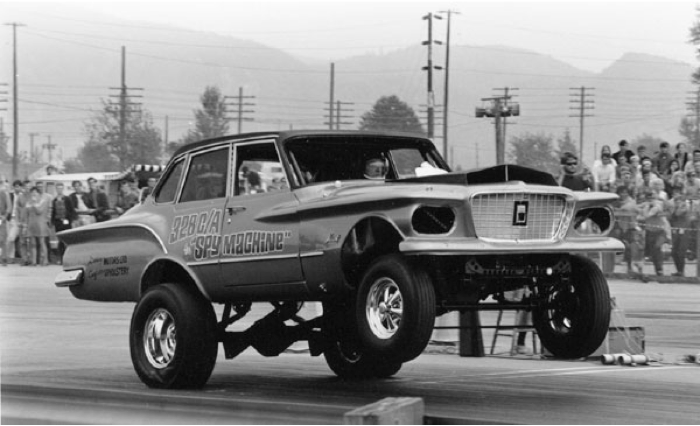 Contrary to popular belief, hot rods, custom cars, street racing and drag racing are not recent phenomenons. Back in the late 1940′s and early 50′s Street Rods and Customs were just as popular as they are now and street racing was just as wrong.

In fact street racing was of such great concern to the Vancouver Police Department that they got together with a group of local “Hot Rodder’s” to try and resolve the problem.

As a result, founding member Bob Phinney conceived the idea of a hot rod club. Thanks to Bob, other original members, plus Allan Rossiter and Bernie Smith of the Vancouver Police Department the club became a reality.

To the best of our knowledge the B.C.C.C.A is the oldest rod & custom car club in Canada. Originally formed in the late 1951, many names for the club were tossed around such as the B.C. Hot Rod Association and the Vancouver Hot Rod Association. However, as negative connotations then surrounded the words “Hot Rods”, the B.C. Custom Car Association was chosen as a more appropriate name. On January 25, 1952 the club held it’s first “official” meeting and elected Bob Scott as President, Charlie (Chuck) Robinson as Vice President and Bob Phinney as Secretary / Treasurer. A few months later Chuck Robinson would take over as President for the balance of the term. On December 9, 1952, the club became registered as a non-profit association and incorporated under the Society Act of British Columbia.

From a small group of enthusiasts the club’s membership to over 300 with more than 200 rod and custom cars as well as 11 drag race vehicles by 1954. Although the club has gravitated more toward the drag racing end of the spectrum since the 1960′s (when B.C.C.C.A. built the original Mission Raceway), its heritage originated with the rod and custom enthusiasts.

Back in the early days it was quite a sight to attend one of the club’s frequent “Reliability Runs” and see anywhere from 150 to 200 cars lined up – nearly all of them rods or customs! In those days not many cars had fancy paint jobs. The paint of choice was either light or dark gray primer. It was even noted in a 50′s U.S. magazine article that most of the B.C.C.C.A. cars had no fenders and were painted grey primer. A simple case of function before beauty.

In the late 1952 the club hosted what is believed to be Canada’s first Rod & Custom Show. The show eventually became know as the Pacific International Motorama and ran as an annual event until 1973. The show rights were then sold to an independent promoter so the club could concentrate its efforts on their drag strip’s operation.

In another first the B.C.C.C.A. hosted the first organized drag racing in Canada in 1952 at the Abbotsford Airport. Here they ran on a regular basis until 1957 when the Royal Canadian Air Force took over the facility. There were numerous outstanding cars and many featured in U.S. rod and custom magazines. During the 1950′s the club banked every dollar made at the Abbotsford drag races, car shows, seat belt drives, and many other events to raise money for a permanent drag strip. Mission Raceway is one of only few tracks in the world at sea level, making it the best place to break records.

Then in 1959, after much work by many dedicated individuals, the club purchased property in Mission, B.C. After years of work on the property, Mission Raceway became a reality with the first drag races run on August 26th, 1965. Even though the facility initially lacked bleachers, guardrails, fencing and operated with an old single lane timer, it was a great success.

The track received N.H.R.A. sanctioning in 1966 and in 1967 hosted its first N.H.R.A. World Championship Series race. Over the years more National records were set at the Mission Raceway than any other track, and, at one time held both the Top Fuel & Funny Car National Records!

Another motor sports activity was added to the Mission site in 1973. A motocross track was built at the back of the south spectator area when local riders were left with no racing facilities by the closure of two local motocross sites. Hosting several national events, the track became very popular and received even more publicity than the drag strip. Over the next five years both the drag strip and the motocross track prospered and received numerous awards.

A dark era in B.C.C.C.A.’s history and drag racing in BC began in 1978 with the District of Mission wishing to establish an industrial park on the track’s site. After much negotiations an agreement was reached where a new, larger and more versatile piece of property was sold to the club. Located closer to the river and further from town, the new site would be more accessible with the proposed new highway and lessen the noise problems, which plagued the old track. The only problem was that the new property was quite low and required considerable filling to flood-proof it. The deal with the district hinged on the Provincial Government’s agreement to help fund the track’s relocation. With assurances of Government support from the local M.L.A. and a key Cabinet Minister the deal went through. The new drag strip facility was expected to be built and operational in a year’s time. However, the promises of funding were broken and after 26 years of hard work and dedication the B.C.C.C.A. found they had no place to race. 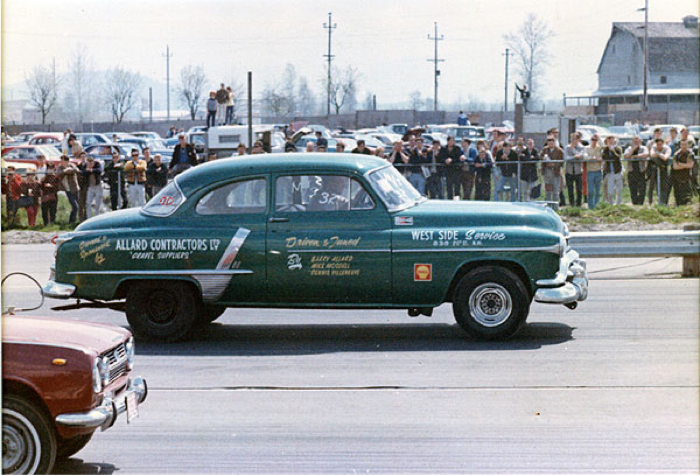 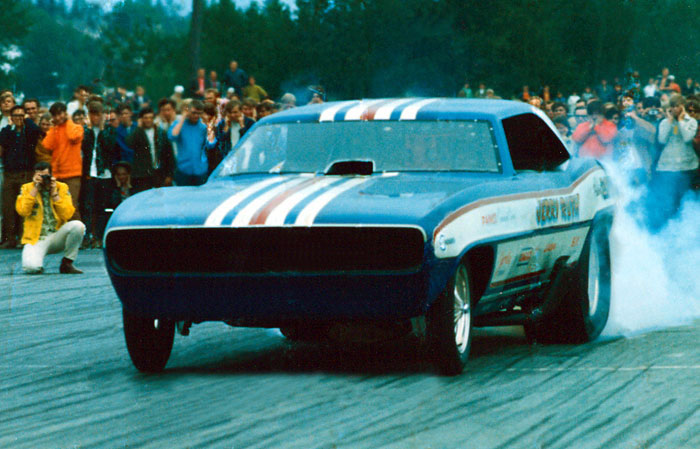 Mission Raceway is one of the only tracks in North America close to a major highway and city, making it a great place to travel to.

After years of negotiations, disputes, meeting and lobbying, the Ombudsman’s office finally agreed to investigate. Their final report proved the Provincial Government had indeed failed to follow through on their promises and commitments. Faced with this negative report of their involvement, the Government agreed to honor their original commitment with the necessary funding. Just when work on the new track had begun, another obstacle appeared halting construction when the City of Mission tried to rezone the property and make the track non-conforming.

To make a long story short, with financial help from companies, car clubs and individuals the B.C.C.C.A. challenged the City of Mission’s decision in the Supreme Court of B.C. and won. The project was resumed with the Court’s blessing and the City of Mission’s co-operation. Mission Raceway Park opened its new drag racing facilities March 14th, 1992.

In the years prior to their victory in court the Mission Raceway Park site was not idle. Many other forms of motor sports competed at the facility including: drag boat races, off road races, mini sprint races and motocross racing (still here). More recently the sport of road racing has been added under the direction of the Sport Car Club of B.C.

Since completion in 1992 the drag racing facility has flourished: it was awarded a National Open by NHRA in 1993 (which was a great success in spite of a federal Government ban on lead gasoline – since removed); in the same year it received The Most Improved Track award at the Division 6 Awards Banquet; was given a Winston Drag Racing Series race in 1994 which has turned into an annual event; and has been presented with the Track of the Year Award for 1994, 1995, 1996, 1997, 1998, 2005, 2006, 2007, and 2010. However, none of these accomplishments could have happened without the overwhelming support and effort by members, staff and the racers.

From a small group of local ‘Hot Rodders’ the B.C. Custom Car Association has become an integral part of B.C.’s and Canada’s automotive and racing history.

Our 2021 racing calendar is jam packed with 42 exhilarating races across 12 weeks.